On the 22nd of January, from 7pm, don't miss the book launch of "Zona" by Nuno Moreira, and "Atlantis" by Pedro Ramos, two young portuguese photographers.

This event will occur simultaneously with the Finissage of the solo exhibition "Detailed close-ups of far-off scenes" by Carlos Azeredo Mesquita. 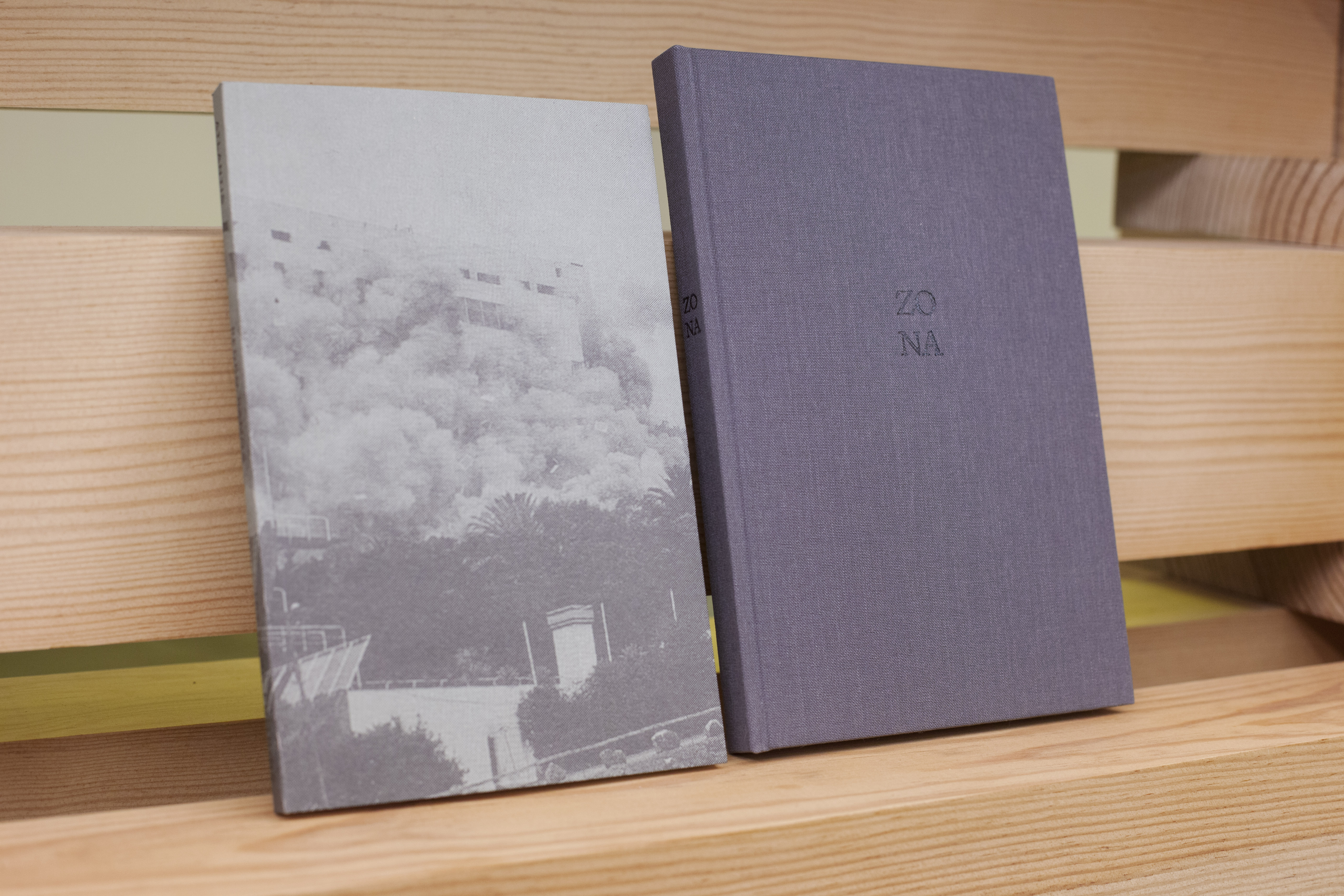 Done between Tokyo and Lisbon, "ZONA" is a project that emerged directly from faded memories and notes from Nuno's dream-diary. After many sketches the project grew into a photographic documentation of different interior landscapes and situations.

ZONA explores both a mental and physical space - an attempt to represent the unconscious mind and the symbolic nature of archetypes. Always, with a heavy dose of poetry involved.

Nuno's previous work, "State of Mind", dealt with people absorbed and lost in their thoughts, in "ZONA" there's a necessity to delve deeper into this particular arena and see how we think and what are our fundamental fears and emotions.

The narrative of this series follows a live-performance and is somewhat similar to a dream experience – one feels both familiarity, intimacy and strangeness.

The result is a sensuous, quiet and dark book, delivering images with a memorable cinematic quality.

The Second Law of Thermodynamics, which states that the entropy of an isolated system will tend to increase over time, is used in physics to explain why we experience time as moving forward; why eggs once broken don’t un-break or buildings once demolished don’t spring miraculously back from the rubble and dust. It’s what is known as the arrow of time.

Atlantis by Pedro Ramos is an exercise in dismantling this simply linear notion of time. It takes as its subject the implosion of the Atlantis hotel on the island of Madeira, Ramos’ birthplace. Originally built in 1972 to capitalise on the burgeoning tourism industry, the Atlantis hotel was demolished in 2000 to make way for the expanding airport, ironically bringing in the very tourists the hotel was built to accommodate. The implosion was barely a footnote in history, however, in Atlantis, Ramos uses it as a means to explore how the same event can take on multiple meanings depending on the perspective - the personal or the historical.

The images in Atlantis are taken from original news footage of the implosion found online, they are degraded and blurred, showing their own signs of entropy. By fracturing and re-sequencing the footage Ramos is able to summon the building back from the debris in order to watch it come crashing down again, allowing him to enliven and re-imagine his own faded memories of the event. Technology has allowed us to restructure our memories.

On an historical timescale Atlantis can be read as an allegory for the experience of modernity, a world of perpetual destruction and renewal where the same forces which bring things into being are just as quickly their undoing, as Marx would say a world in which “all that is solid melts into air.”